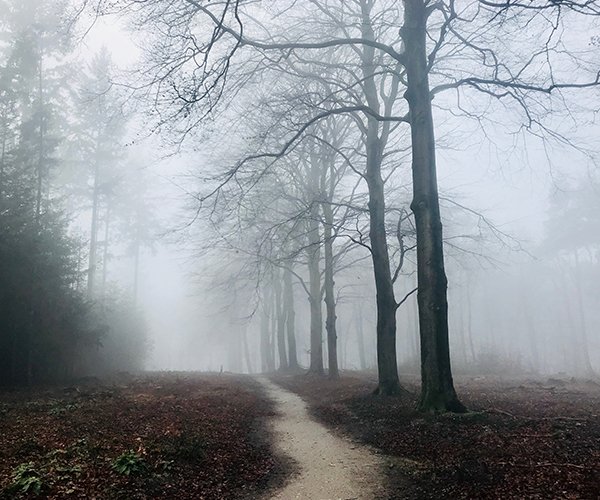 I have always valued friendship over love but I never thought that one day I would lose both at the same time.

Group of three besties is always better than two best friends. Luckily we were also three; Mridul, Lakshay and me(Varun). We were the three musketeers or ‘langotiya yaar’ (childhood friends) as you would say in Hindi. From playing cricket in the streets in underwears to sharing a flat in Bangalore, our frienship is 23 years old and I am 25 (yes we got along that well). All three of us had good and bad relationships in school, college and at office. For every breakup we had one remedy: beer. It soon escalated to whiskey if it was a more serious one. But eventually we were there for each other.

One day, Mridul got a friend request from a very hot girl from our school. Back in school, every boy used to drool over her. Not only Mridul, but all three of us were astonished to see Kanika’s request. Convincing Mridul that she might have sent it by mistake was a tough deal, so he finally pressed the CONFIRM button. Now, Kanika and I had a mutual friend: Mridul and same was the case with Lakshay. No, we did not send her any request and we were not interested because ‘bhai ki bandi pe line maarna’ (keeping an eye on friend’s girlfriend/crush) is never allowed.

Mridul was pretty much enjoying those long chats with Kanika. He was on a different kind of cloud 9 this time. We could see him smiling all the time, even after those exhausting days at work. Earlier all three of us would sit in living room, abuse our bosses, discuss startup ideas and then pass away after consuming alcohol. The routine was same for me and Lakshay but Mridul was in some other world. And then one day he decided to propose her. Being his best friends, we supported him in his decision. He practised his perfect idea of propose with us and we were really impressed. Also, the way he told about his and Kanika’s conversations, we were sure she would say yes.

“No”, she said no.
Almost two bottle down, Mridul stood at the door with the third bottle in his hand. Seeing him in his miserable avatar, we quickly left the couch and held him from his arms. He was mumbling about how much he loved Kanika.
“How could she say that I am only her best friend?” he was asking us questions we did not have answers to.
I took his shoes off and Lakshay got the whiskey bottle. We laid him down on the couch while he kept saying unclear stuff and all we could understand was how, Kanika, love, fuck. (you get it right)

The discussion lasted for a week betweeen them. We could not interfere because you know “brocode”. So they finally went ahead with their more-than-friendship relation and we were happy to see him happy. Then one day I get Kanika’s add request and I was all #fuckedup. I did not add her nor did I delete her request. I discussed it with Lakshay and he gave me a green signal. He had a reason for that and that sounded interesting (at that time). To find out what was Kanika upto, he asked me to add her and talk to her in a normal way. We wanted to know if that girl was playing with Mridul’s emotions or was actually a true friend to him.

So, I added her. Few days later, my messenger notified me about a Hey from Kanika. I tried to appear busy so I did not reply her instantly but after 2 hours. Mridul was totally unaware of all this and this fact was disturbing my inner peace. But since it was for his benefit only, I got into it. We started chatting that night and it was all about our school, college and career. After one hour I wished her good night and slept. Then we started talking on calls and yes you can already guess it, we were getting along really well. Then one day I told Mridul about all this and showed him all our conversations. To my surprise, he was totally cool and told me that he already knew about this. Kanika had told him everything. I was relieved that he did not doubt my friendship.

The worst was yet to happen. I got transfered to Mumbai; the place where Kanika was pursuing her film direction course. We started hanging out with each other and to be honest I really loved her company. I considered Lakshay and Mridul to be my best friends and she considered Mridul. So we used to have common video calls and everybody was pretty cool. Out of nowhere, Kanika proposed me one day. I still considered her to be a good friend and the girl whom Mridul loved with all his heart. I said no and explained the entire situation to Lakshay. He told me to say yes and get involved to find out her character. He asked me to find out if she was fooling around with me and Mridul.

So, I said yes to Kanika. Our normal hang-outs turned into dates and our normal conversations turned into romantic ones. I liked being with her. This time, I asked her not to tell about our relationship to Mridul. I knew I was messing up with him and her just for one stupid reason. Kanika was the best girl I ever met. She did not have many friends but she valued the ones she had. One night, she stayed at my place because of the heavy rains. Her cute talks and the lovely weather did its magic (now tragic). We made out and I was so in love with her that I could not think of anything else.

While finding out about her character, I realized that I was the one with the wrong character. I decided to tell her about my intentions. So I called her at my place. The bell rang and I went to get the door. That was not Kanika but Mridul and Lakshay (it was Lakshay’s birthday). So I texted Kanika to cancel the plan because of the sudden changes. After a long time all three of us had boy time while drinking and smoking. I went to the washroom to take a pee and in the meantime, Mridul used my phone to order grilled chicken. It was a few seconds later that he realized that my phone had a wallpaper of Kanika kissing me. He broke the glass in his hand and his hand bled. He left my place and when I came out of the washroom, Lakshay was going through my phone gallery that was full of similar pictures. When I asked him about Mridul, he showed me the picture and said,

“Where do you expect he would go after this?”
I knew he would thrash at Kanika’s place. So, I called Kanika and told her about the situation. After a while, I got a call from Mridul and he was abusing me and Kanika. I could hear Kanika’s voice as well. It turned ugly and I heard Kanika scream. I hired a cab and arrived at Kanika’s place. Mridul passed out and Kanika’s face was bruised. I kissed her forehead and brought Mridul back home. Next morning, Mridul did not speak to me and honestly I too did not want. Lakshay gave me looks all the time but nothing mattered. They left and I did not even say goodbye.

I sent 3 texts that day.

I love you but I don’t deserve you. I don’t blame you for anything but please understand that I cannot choose one out of you. Shine bright like a diamond.

Bhai, I made a mistake. I am sorry but I did not know that I will fall for her. Nobody falls in love with choice. If this makes you feel better, please know that I have ended the relationship with her. Also, you hurting the girl you love is utterly wrong. Please never do that to anybody.

Although, we decided everything together, I was the one who fell for her. So, never blame yourself for all this. You are still a true friend and I will cherish our friendship forever. I cannot be with one friend and neglect the other one so I choose to quit all.
I lost everything.